Well, here we are again. Christmas! The Festive Season! Yuletide! Noel! the Winter Solstice!  And (if we remain in the Greater Judeo-Christian sphere) Hannukah!  If we step a bit further into the ecumenical solar system we have Diwali and Kawanzaa. Don't worry it will all be over in a few days. In the meantime eat, drink and be merry. MD&E wishes a happy and peaceful Christmas to all.
Posted by Mad Dog at 1:52 PM No comments:

The Riff -a magazine for jazz

It's been just over a year since I last posted here and about two years since I first started to consider publicly a separate site for music. Well I've finally gone and done it. The Riff went live earlier this afternoon.  Thanks for your patience. I'm very pleased. The site is just a first iteration and lots more content will be be published on it very soon (it's the start of festival season afterall). MD&E will keep running and frankly I feel a bit liberated as I was starting to feel quite awkward about mixing music and personal stuff here. Now I can revert back to the old MD&E content, namely family commentary, snark, travel, nostalgia automobilia etc, etc. Anyway if music, particularly jazz, blues, R&B, soul, funk, prog, is your thing, pop over to The Riff and have a nose around.  I hope you like it.
Posted by Mad Dog at 1:56 PM No comments:


I've been toying with the idea of starting a new music blog for awhile. Or maybe even a full-on webzine dedicated to jazz.  But until I can generate enough energy to wrestle with another Blogger or Wordpress template, MD&E will have to suffice as a vehicle for this topic. So for now I thought I'd write a review or two on the music scene in the South East of the UK and start with Hitchin in Hertfordshire.

Hitchin is a delightful English market town lying to the north of London's orbital commuter belt. It is quietly cultured in a genteel sort of way but apart from a few enlightened pubs putting on the occasional band there there isn't that much in the way of jazz. That is until recently. Club 85, a local music venue mostly known for rock music, began to host a jazz series. Bob Mardon, the manager at C85 and a veteran of the British festival scene, made the decision to put on a regular concert event  "Jazz Up!" The first of these was on May 29 and featured a local band, Dave Keech's Close to the Bone. Dave and his merry men (and often women) are a slightly loose group of well-known local musicians of astonishing virtuosity. On this occasion they were joined by Simon Spillett, one of the UK's leading tenor saxophonists. The gig turned out to be a terrific success. Club 85 was packed by the time the band kicked off. Their repertoire comprised mostly a mix of bop and hard bop standards which were rendered with tremendous panache. The audience clearly loved the atmosphere which was aided by a gorgeous graphic light show of iconic period images that had been compiled by Dave Keech.  Simon Spillett played much appreciated, paint-blistering, solos throughout the set. Mark Ridout on guitar was superb; in solos he showed he could shred with the best of them but play solid funky support too.  Always tasteful, his style reminded me a bit of  Martin Taylor with some Chuck Loeb thrown into the mix.  At the back, a youthful Scott Chapman stroked the skins and got into the pocket while Tom Mark laid down the bottom line groove on upright bass. Dave Keech led the band like an old pro and managed to deliver some terrific trombone solos too. Don't miss these guys if you get the chance. Overall a fantastic evening and hopefully the start of a substantial jazz scene in north Hertfordshire. Oh, and here are a few shots of the band I captured with my trusty Leica. Ars longa vita brevis!


OK, I'm still here. Contrary to popular belief I'm alive, well and kicking. However as mentioned awhile back I'm finding myself mostly publishing on Twitter these days. Primarily I'm putting up music photos and due to the character limit I can't write much in the way of a stories. Therefore I'm toying with the idea of an additional (serious) music review blog and preserving MD&E for personal stories.  I'll keep you posted so please bear with me and watch this space...
Posted by Mad Dog at 3:23 AM No comments:

I've had cause to visit Southern California again. The first time in five years or so. It really is a lovely place. That is if you can can ignore the gridlock, air pollution and the massive overcrowding that seems to have occurred since I was first a resident there in 1987. Nearly 30 years ago, bugger! I must have blinked and missed two-and-a-half decades. At least that's what it feels like. Anyway I also had the opportunity to reacquaint myself with film photography. If you are a Millennial reading this (which I doubt) you won't understand the mystique of such antiquated technology so you may want to look away now. But let me tell you that it's a marvellous medium. I recently acquired off eBay a little Rollei 35mm pocket camera. Before my trip I packed a couple of rolls of Ilford FP4 monochrome film, loaded the Rollei (something I haven't done for 15 year but it's just like riding a bike) and set off. The trip was great.  I somehow remembered to take photos without autofocus, autowind, auto-preview, auto review and everything else we take for granted, even on an iPhone camera. Below are a few snaps that I think capture the zeitgeist of SoCal. Sea, sand, surf, music, automotive culture and of course, girls. Remember the Beach Boys, California Dreamin' and all that? No? Never mind. Take a look at the snaps below and rejoice in their marvellous organic quality.  Just like vinyl recordings, film photography is a little fussy but hard to beat. Now if you'll excuse me I've got to wax my surfbord...

Remembering the Battle of Britain

The climax of the Battle of Britain was fought on this day, 75 years ago. Below are a couple of photos as a tribute to "The Few".

Happy Birthday to Me! 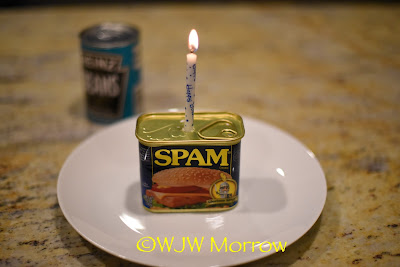 Well that's another year passed.  I'm celebrating in fine, age-appropriate, style. I'm now horribly old but grateful that I'm still here to enjoy these days. Oh and the blog is now 11 years old and by definition in its twelfth year. Who'da thought it?
Posted by Mad Dog at 8:29 PM 1 comment: